According to Professor Øyvind L. Martinsen, head of Leadership and Organisational Behaviour at the BI Norwegian Business School, women are better suited to leadership than their male counterparts in most areas.

Martinsen and colleague, Professor Lars Glasø, surveyed the personality traits of more than 2,900 managers – more than 900 women, more than 900 in senior management and nearly 900 from the public sector – and found that female leaders score higher than men in four of the five categories measured.

Women rank higher in initiative and clear communication, openness and ability to innovate, sociability and supportiveness as well as methodical management and goal setting.

“Businesses must always seek to attract customers and clients and to increase productivity and profits. Our results indicate that women naturally rank higher, in general, than men in their abilities to innovate and lead with clarity and impact. These findings pose a legitimate question about the construction of management hierarchy and the current dispensation of women in these roles.”

However, the research did indicate that women fell behind men in emotional stability and ability to withstand job-related pressure and stress.

“The survey suggests that female leaders may falter through their stronger tendency to worry – or lower emotional stability. However, this does not negate the fact that they are decidedly more suited to management positions than their male counterparts. If decision-makers ignore this truth, they could effectively be employing less qualified leaders and impairing productivity.”

Are Women Better Leaders than Men? (Harvard Business Review)
“But the women’s advantages were not at all confined to traditionally women’s strengths. In fact at every level, more women were rated by their peers, their bosses, their direct reports, and their other associates as better overall leaders than their male counterparts – and the higher the level, the wider that gap grows.”

Men or Women: Who’s the Better Leader? (Pew Research Center)
“Asked what accounts for this slow movement toward gender parity in top political positions, about half (51%) of all survey respondents say a major reason is that Americans simply aren’t ready to elect a woman to high office…”

Facebook COO Sheryl Sandberg looks at why a smaller percentage of women than men reach the top of their professions — and offers 3 powerful pieces of advice to women aiming for the C-suite.

However despite the above mentioned findings less than 6% of CEOs in the S&P 500 are women, even that women make up about half of the American workforce.

The gender leadership gap varies from industry to industry given that women make up less than a quarter (23%) of STEM professionals. Even in industries dominated by women such as healthcare, where women make up 62% of the workforce, hold only 49% of leadership positions.

However Linkedin research by Sebastian Predescu, as reported by Kristin Chen in the article, ‘Data Reveals How the Percentage of Women in Leadership Has Changed Over the Past 15 Years,’ indicates that progress is being made.

The largest leadership gaps are in staffing, healthcare, and financial services

Using LinkedIn’s profile data, Predescu analyzed the gender gaps across industries in the US.

Surprisingly, the biggest leadership gap is found in staffing, where 55% of the industry is female, but only 40% of leaders are women, a gap of 15%. 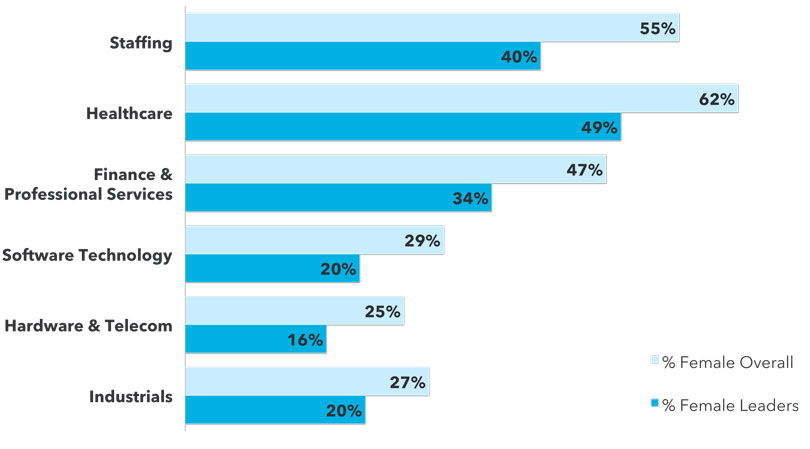 Healthcare, finance and professional services rank with 13% leadership gaps and a 9% leadership gap in both software technology and hardware and telecom. 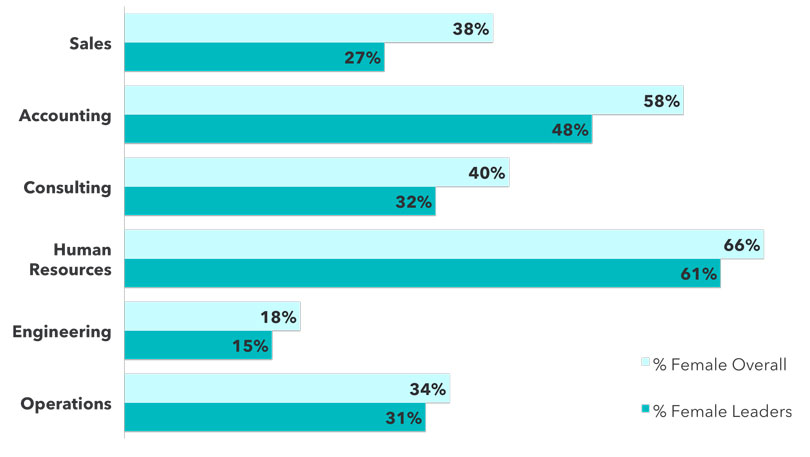 Sales has the worst gap at 11%, while HR has the best representation of women and women leaders, with only a 5% gap. 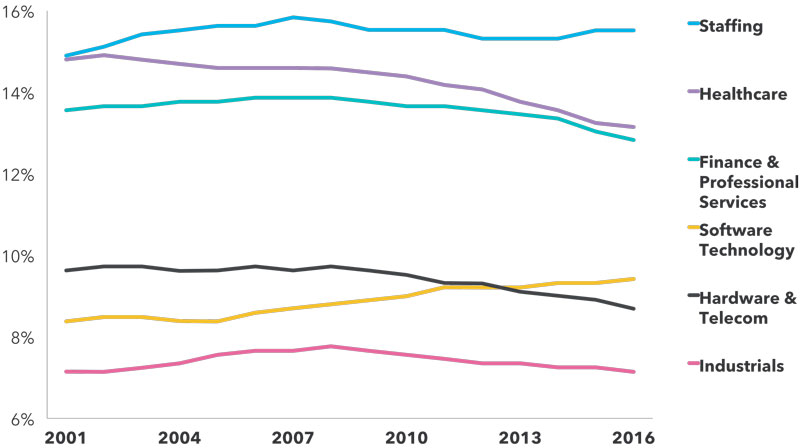 How have leadership gaps evolved over time when you break it down by function? 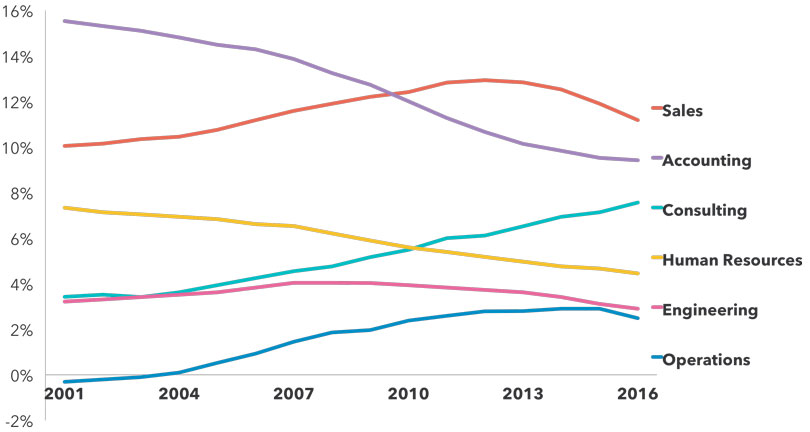 Accounting and HR have made the greatest improvements, while the gaps in consulting and operations have grown. Sales has been improving from 2013 onwards.

Men vs. Women by Years before 1st Leadership Role 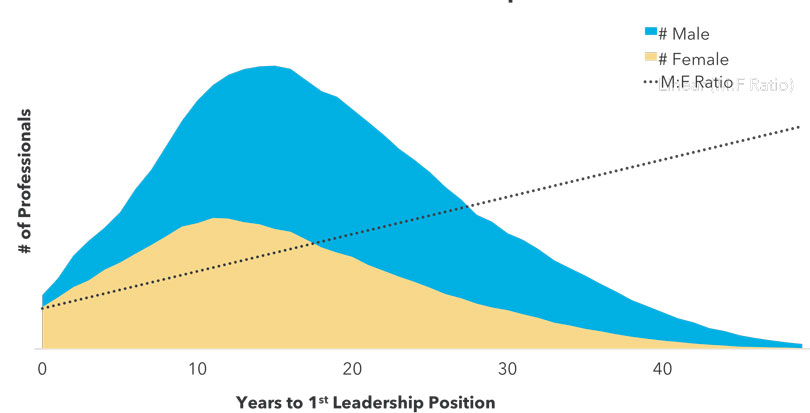 Data sampled across 1.8M profiles in the US.

The sweet spot for both men and women to take on a leadership role seems to be the period between 10 and 15 years of being in the workforce. But many men reach leadership roles after 20 or even 30 years, while this is far rarer for women.

Whether due to employer bias or personal choice, men seem to have a good 30 years span to strive for leadership roles—for most women, the time span is far more constrained.

Dr. Ev Damigo; PhD - April 15, 2019
0
Customer in the Center Identify what’s most important to your customers. Seth Godin is right: You want to focus your energy on pleasing your truly rewarding customers....

It’s All in the MIND (videos+article)

Dr. Ev Damigo; PhD - March 22, 2019
0
Some 65 percent of digital leaders have a culture that isn’t afraid of risks, and have a high tolerance for bold initiatives   The digital revolution...

Have you kicked off your company’s Innovation Tournament? [videos+report]

Dr. Ev Damigo; PhD - April 15, 2019
0
“Instead of searching the world broadly, we are all kind of searching only in this little sphere,” Terwiesch says. “In innovation, variance is your friend....

Organisational culture: Why should we care?